For the last post on the European trip, I’ll wrap up with a bit about the ship. We spent 7 nights on the MS Sound of Music, a river cruise boat that has a maximum passenger capacity of 128. 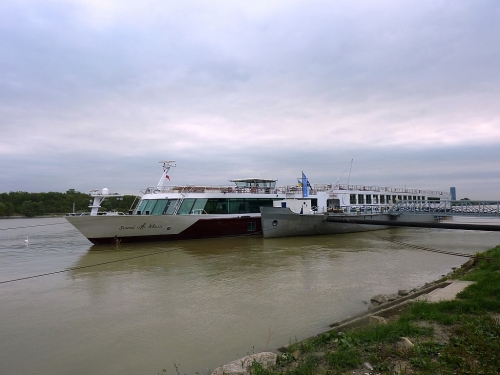 As might be expected from the name, it was decorated with a “Sound of Music” movie theme, with prints from the movie located all around.

The hills are alive!

It was not as nice a ship as the last one we were on (Amadeus Symphony), but it did the job. Besides, most of your time on the ship is spent enjoying the views: 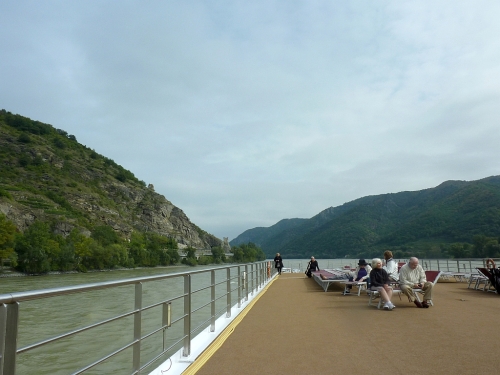 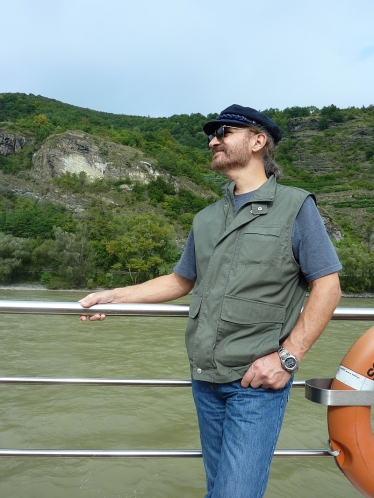 The first part of the Danube was a bit uninteresting, with mostly just tree-lined banks. Things got really interesting when we got to the Wachau valley in Austria, with all of the beautiful mountains. From then on, the sights were lovely, especially with the random castles spotted along the way. 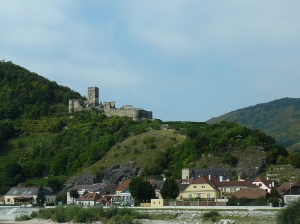 Castle on the hill

Castle on the Danube

There was even a section where the river (canal) went OVER a road. It’s hard to tell from the next photo since you can’t actually see the road, but you can at least see that the water level is much higher than the valley to the left of it. 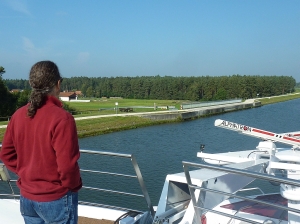 There were lots of bridges and locks, of course. The most impressive was the Leerstetten lock, which was just outside of our last stop in Nuremberg.

The ships just barely fit through from side to side: 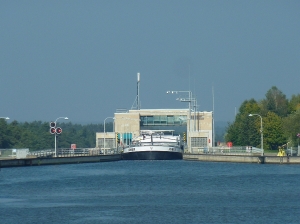 It’s one of the three tallest locks in Europe, with a drop of about 81 feet. If you enlarge the next photo, you may be able to see how much lower the river is on the far end of the lock:

Here’s a view from the bottom of the lock, as the gate is raising for us to pass through:

I also took a few short videos – going under a low bridge (low enough to touch it while sitting down), plus a few of the lock: starting the descent (good view of how high we were from the other part of the river), and exiting the lock.

And so ends the journey.

All posts for this vacation can be found with this tag: Europe2013

This entry was posted in Uncategorized and tagged Europe, Europe2013, Travel. Bookmark the permalink.