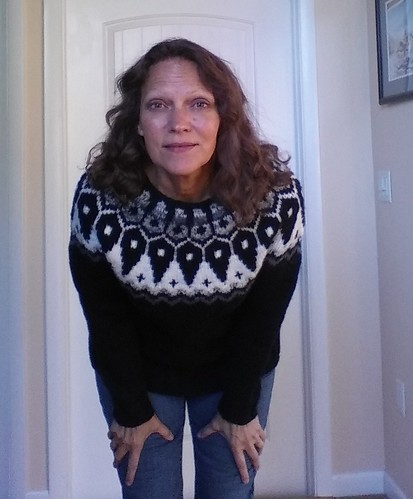 This took way longer than it should have due to my reknitting so many of the pieces, either because of gauge problems or my own silliness.

Had I just knit the sweater according to the pattern in the first place, it would probably have been fine other than needing to shorten the yoke. I just took the long way around.

I’m very happy with it, and am looking forward to wearing it if it actually gets cool enough around here. It was 78 degrees when I was wearing it outside for the pictures. At the end of October! 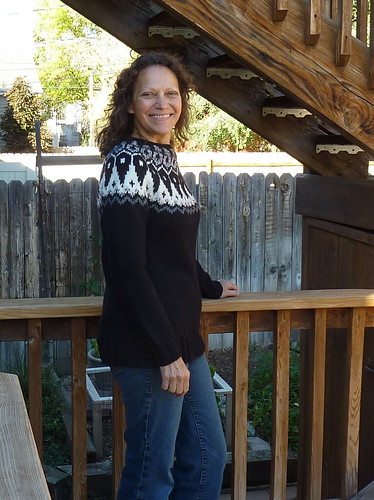 Modifications: Aside from knitting the sweater in pieces not at all according to the directions, the only real changes from the pattern were to eliminate the first motif of the yoke to make it shorter (my row gauge was too big), and to change the neck treatment from a turtleneck to a crew neck. All other parts were knit with the same stitch count and measurements as the pattern. Details on my Ravelry project.

This entry was posted in Uncategorized and tagged knitting, stranded, sweater. Bookmark the permalink.