I finished the new Extra, out of the yummy cashmere yarn Kim overdyed for me. Since I had plenty of yarn, decided to make some matching headwear. There wasn’t really enough yarn for a hat, so instead I decided to make a headband – just enough to keep my ears warm.

I know – it’s a crazy idea. Handknit items that match. 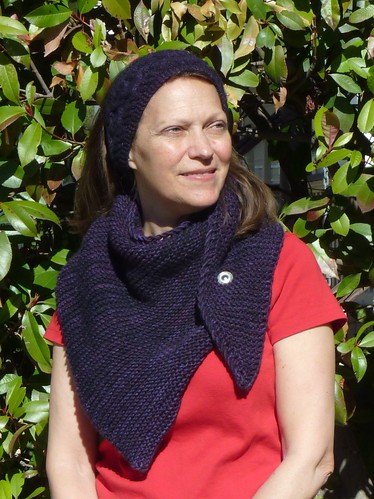 The scarf is really squishy and soft – very cozy to wear. I haven’t decided yet if I’ll put buttons on it – for now, I’m just using a magnetic shawl pin.

The headband came out great – just the right size for me and my small head. The cashmere makes it really nice to wear. 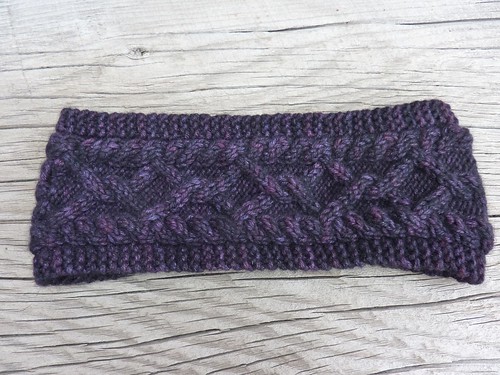 The headband is supposed to be closed with buttons, but another Ravelry member had the great idea to crochet an elastic hairband to the ends, giving it enough stretch to put it on easily. I loved the idea, so I did the same thing. It might end up a little too loose with wear, but if it does, I can always take the hairband off and do buttons. 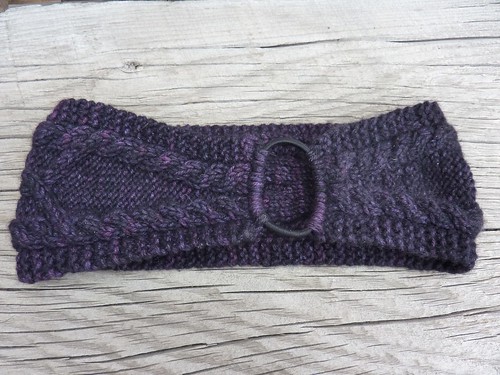 The pattern for the hairband is called Mureena, and it’s in Finnish. The main part was charted, but the first and last parts for the tapered ends just had written directions. Google Translate helped figure it out enough to let me do my own charts for the written parts (see my project page), and then it was a snap. I couldn’t make heads or tails out of the Google translation of the instructions to crochet the button loops, so it’s just as well I didn’t do them anyway.

This entry was posted in Uncategorized and tagged knitting, scarf. Bookmark the permalink.